In this review post, I want to give some context with 2 little stories. Both of these led to me purchasing and using Staged myself. Yes, I’m a paying customer of it and will be for some time.

Before the stories, let me tell you what Staged is. It is a web based software that has been around for about 5 years. It is fully whitehat and supported well.

It allows you to automate the building of Twitter accounts.

Back story one: I have bought a LOT of affiliate marketing training. A few of them have been multiple 4 figs and one was 5 figs. I learnt a ton but one of the things was how much effort goes into building out long term affilaite campaigns.

Once a product was found to convert on something like clickbank or a CPA network, whole HUGE social profiles were built out.

Blogs with lots of articles were published. Some were full on optimised for SEO, others were shorter with more copy for paid ad campaigns.

But most shocking were each profile was maintained. They were updated 5-10 times per day!

That is the stark reality of these big underground marketers. And they have a team to help.

But it is doable if you have ONE site with social media connected. Even then though, you need software to automate some stuff.

Back in 2015, I spoke on stage at an international event on Youtube. During that event, I met a guy called Haydn Stevenson. A Kiwi now living here in Japan. Turns out he was the founder of Staged.com.

I’d heard of staged before but this made me look into it more. Staged is a software that allows you to connect your Twitter accounts and it builds them for you.

But only following the criteria you set so as to ensure you get the most targeted followers in your niche.

You can also schedule months of posts to save time or hand it to a virtual assistant.

Here is my review and overview of Staged. 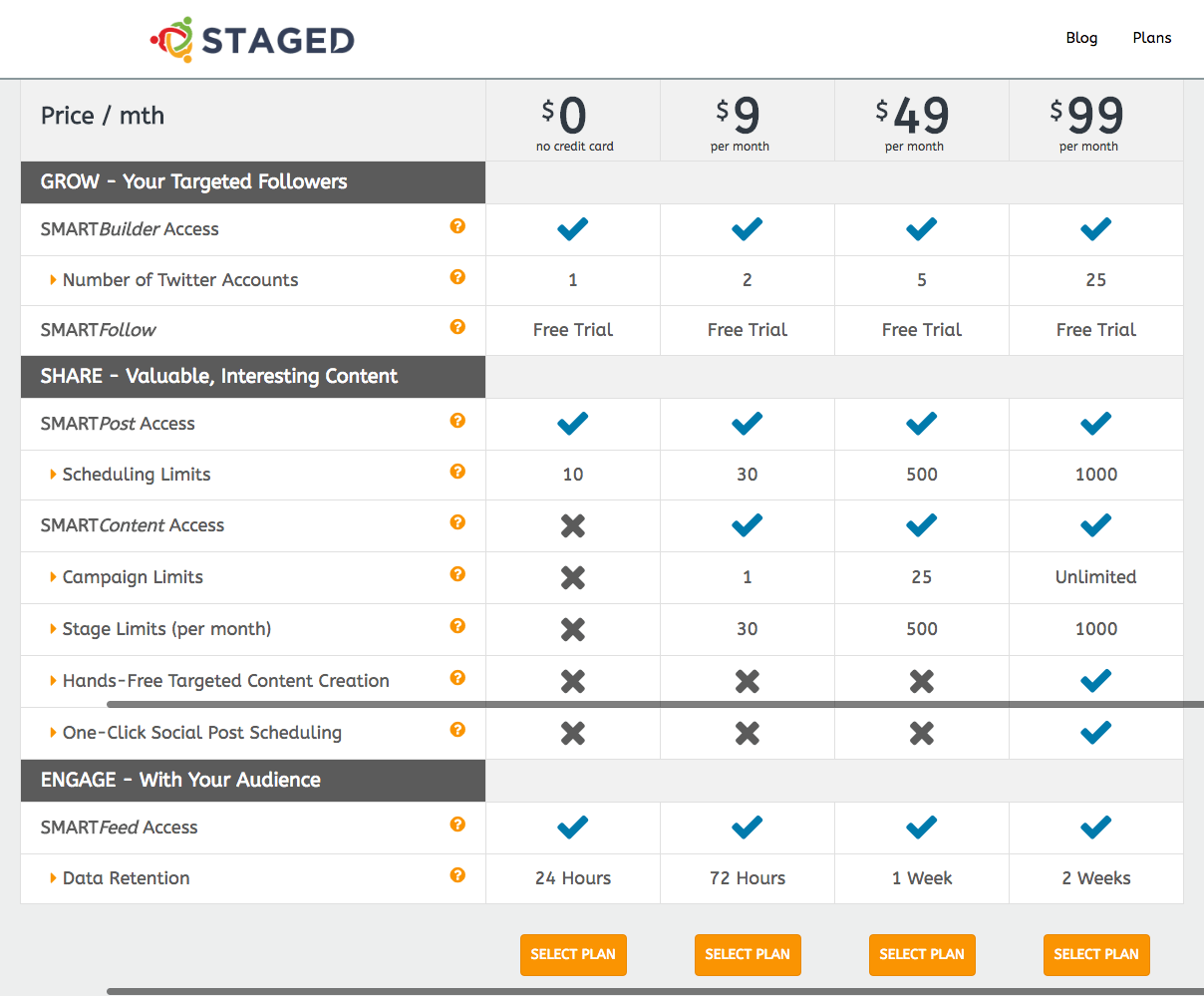 My advice? Get the $9 per month plan. go through all the training and apply it. Use Staged to build ONE or TWO accounts to a very large amount and schedule or get a VA to schedule a lot of posts a week at a time.

NOTE: They have top support and are very responsive. The software is bug free and long term. Not a quick JVzoo style launch that won’t be supported.

We hope you enjoyed this Staged Review